They're Creepy & They're Spooky...

Last night was Web-Goddess & The Snook's 6th annual Halloween bash, and the third year that I've attended. So much fun! Web-Goddess & The Snook (aka Kris and Rodd) looked fantastic as Lucy & Charlie Brown. (Kris even the knit the jumper Rodd is wearing.) I took along James, who was dressed as a bogan styled Wicked Witch Of The Westie ("yes, it's a costume") and he had a great time too. 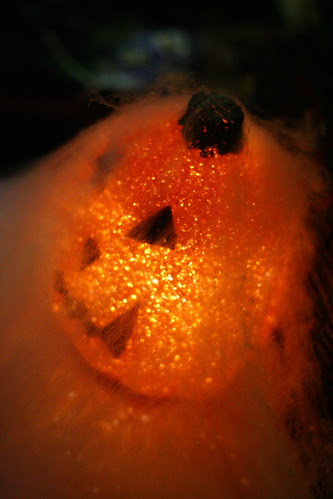 Kris and Rodd always go to heaps of effort with the food and decorations, which really sets the mood. As does the presence of gen-u-ine Americans! I mentioned before that Halloween isn't really a big thing here in Oz, but it's great to participate with people have a real joy and tradition of Halloween. 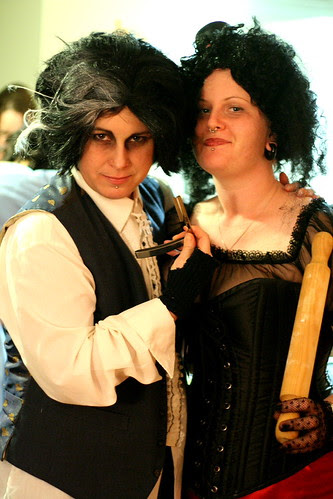 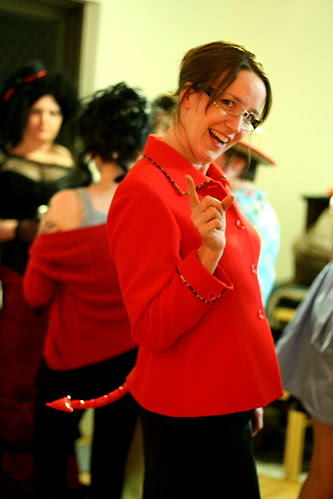 Amy as the original Caribou Barbie(TM), Mrs Sarah Palin. (Note the tail). She's gunning for YOU. 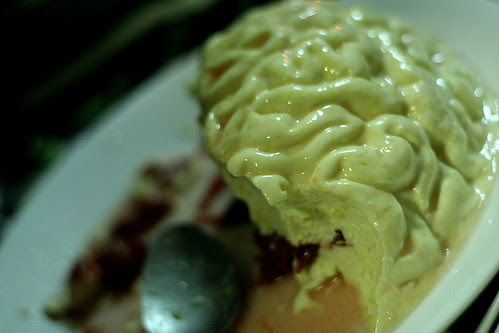 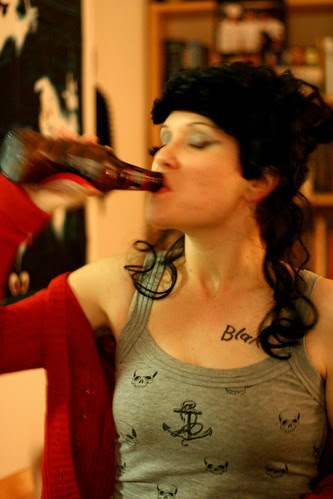 Amy Whinehouse gets stuck in. Reecie's performance was very 'method'. 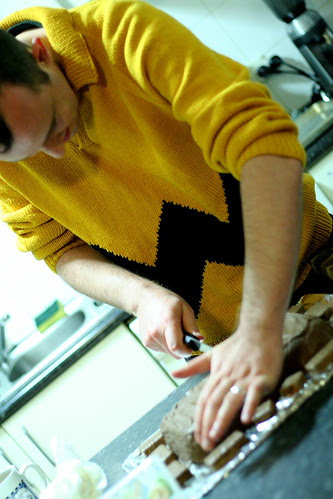 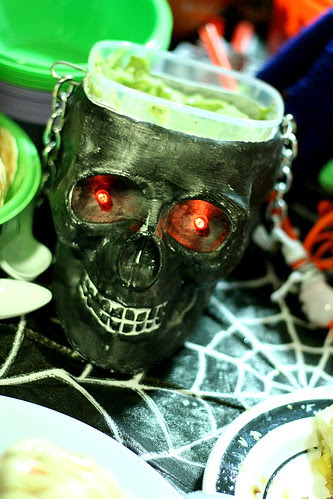 I went as Nearly Headless Nick from Harry Potter, in a grey Elizabethan costume I made years ago (photos to come). I was looking for grey make-up or body paint, but unable to find any I settled on a pearlescent silvery color. So not flattering (and now I know how Brent Spiner felt), but with a bloody red stripe across my neck and white spray in my hair I looked sufficiently ghosty.

The party wound up around 1am and then it was time to wander home, having had a great night!
Posted by The Other Andrew at 11:18 am

Looks like a lot of fun, though a tad brightly lit.

I had a great night. And I loved loved loved those two women we spent most of the night talking to. Thanks for the invite. Very memorable.

Okay, first off, I WANT that Charlie Brown jumper...

Secondly, no photos of you and Le James in character? :(

The guests went to a lot of trouble to judge by those teriffic photos.